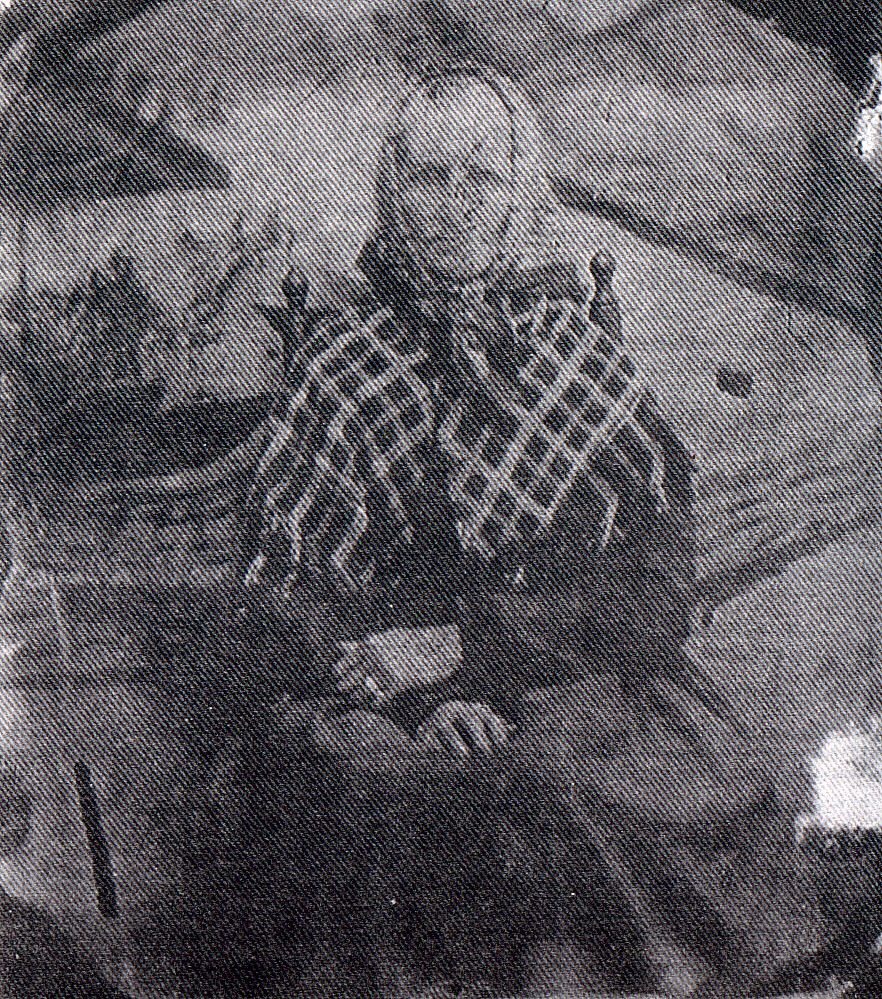 We recently visited Wounded Knee Creek, South Dakota on our extended adventure to the Midwest. I was reminded how the accidental discharge of a rifle by a deaf Miniconjou named Black Coyote led to the December 29, 1890 massacre of between 150 and 300 Lakota Sioux men, women, and children.

A similar accidental discharge of a weapon led to one of the more colorful tales of our family’s history.

About 1778, my fourth great-grandmother, Priscilla Estes was “kidnapped” by a band of Shawnee. She was held “captive” for a period of nearly ten years. A military campaign against Native American tribes in the Ohio region discovered the tribe, a battle ensued, and resulted in Priscilla’s rescue, resulting in bloodshed.

I learned of the story’s details from a manuscript written by my grandfather Floyd Selensky’s cousin Earnest Willey Eveland. Earnest tells how his grandmother and Pricilla’s granddaughter, Lucinda Stufflebeam Eveland loved to brush Priscilla's long hair. The comb would drop into a deep scar on her head. Lucinda must have asked about it, learned the tale, and shared the story with her descendants. 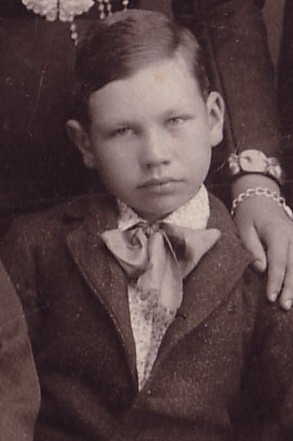 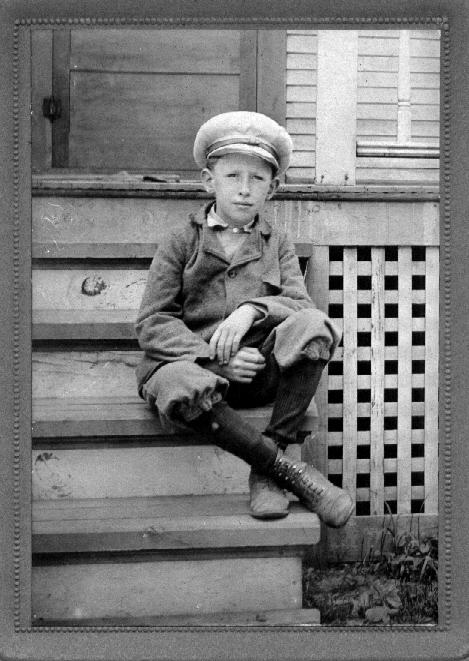 The versions of the story are many, but Earnest’s is who introduced Priscilla to me:

When Priscilla was about eight years old, her mother, father, and younger siblings took the ox team and went to the mill to get some corn ground. Priscilla was left home with another girl about twelve years old, a grown girl, and a grown boy about sixteen and eighteen years old, respectively.

Her parents would not be back for several days and warned the children to keep a sharp lookout for Indians.  It was the next day that the grown boy was hoeing potatoes a short distance from the house.  He had his gun with him.  A small band of about fifty Indians in full war paint came out of the woods nearby.  He reached for his rifle, which discharged and killed one of the Indians.  In retaliation, he was killed and scalped.

The young girls saw this unfold from the house. When the Indians started toward them, they hid in an old-fashioned cradle, made from a hollow log, which was pushed far back under the high, old, four-poster cord bedstead, next to the outside wall of the log cabin.

The Indians failed to find them there.  Priscilla said that they watched from between a crack in the logs.  A lone Indian attacked the 16-year-old. She fought him so desperately with a big hunting knife, that she used to make pegs for her loom, that he was obliged to call another Indian.  Between them, they killed and scalped her.

When they started to leave, Priscilla whispered, “I want to go with them.”  The 12-year-old girl said, “Well, go on if you do.”  She immediately got out of her hiding place and ran after the Indians.

There was a commotion among the Indians and an old squaw stepped out and took hold of her hand and started to lead her toward the band.  Then a warrior leaped at her with a raised tomahawk and would have killed the little girl, but the old squaw threw a blanket around her. The warrior was determined to kill her and probably would have succeeded in doing so, but just then another Indian, apparently the leader of the band, interfered.

After listening to the old squaw for a moment, he spoke sharply to the other Indian who put up his tomahawk.  The band moved on taking the little girl with them.

A short time later they came to a creek. They entered the creek and walked up it for some distance until they came to where they could step out on a solid rock ledge. Exiting here would leave no footprints.  They traveled for several days until they came to the Indian village situated in a fertile valley between the hills.

Here the Indians had corn, pumpkins, beans, and squashes growing.  The valley was dotted with teepees. Children were playing with dogs. Ponies were grazing peacefully.  A peaceful scene, where the band stood for a little time gazing down upon it, before descending into the valley to their homes.  Priscilla spent the remainder of her childhood learning the ways of the Natives, including herbal treatments that would later save the life of her daughter Nancy.

One morning, about eight years later (about 1786) soldiers, accompanied by scouts on the order of Louis Wetzel, poured down onto the Indian village from all sides,  A hand-to-hand battle ensued.  The military killed men, women, and children alike.

During the altercation, Priscilla was struck across the head with a saber and thought at first to be dead.  It was a glancing blow but left a deep scar across the top of her head.  Ernest’s grandmother Lucinda Stufflebeam Eveland said that in later years she combed her grandmother’s hair many times and that the comb would always drop into this old saber cut.

Priscilla said that the first thing she remembered after she regained consciousness, was an army physician working over her. Some army officers and some of those old, fire-eating Indian fighters were standing by.

An officer said, “Well, you’ve done it again, you fools.  I told you not to start killing women and children.  I talked to a trader a short time ago that had been here trading with these Indians and he said that there were white women among them.”

Stories vary from here. Some versions say that Priscilla’s half-brother Joshua Townsend was part of the “rescue” party. He recognized her and reunited her with her family who had moved from Virginia to Kentucky. 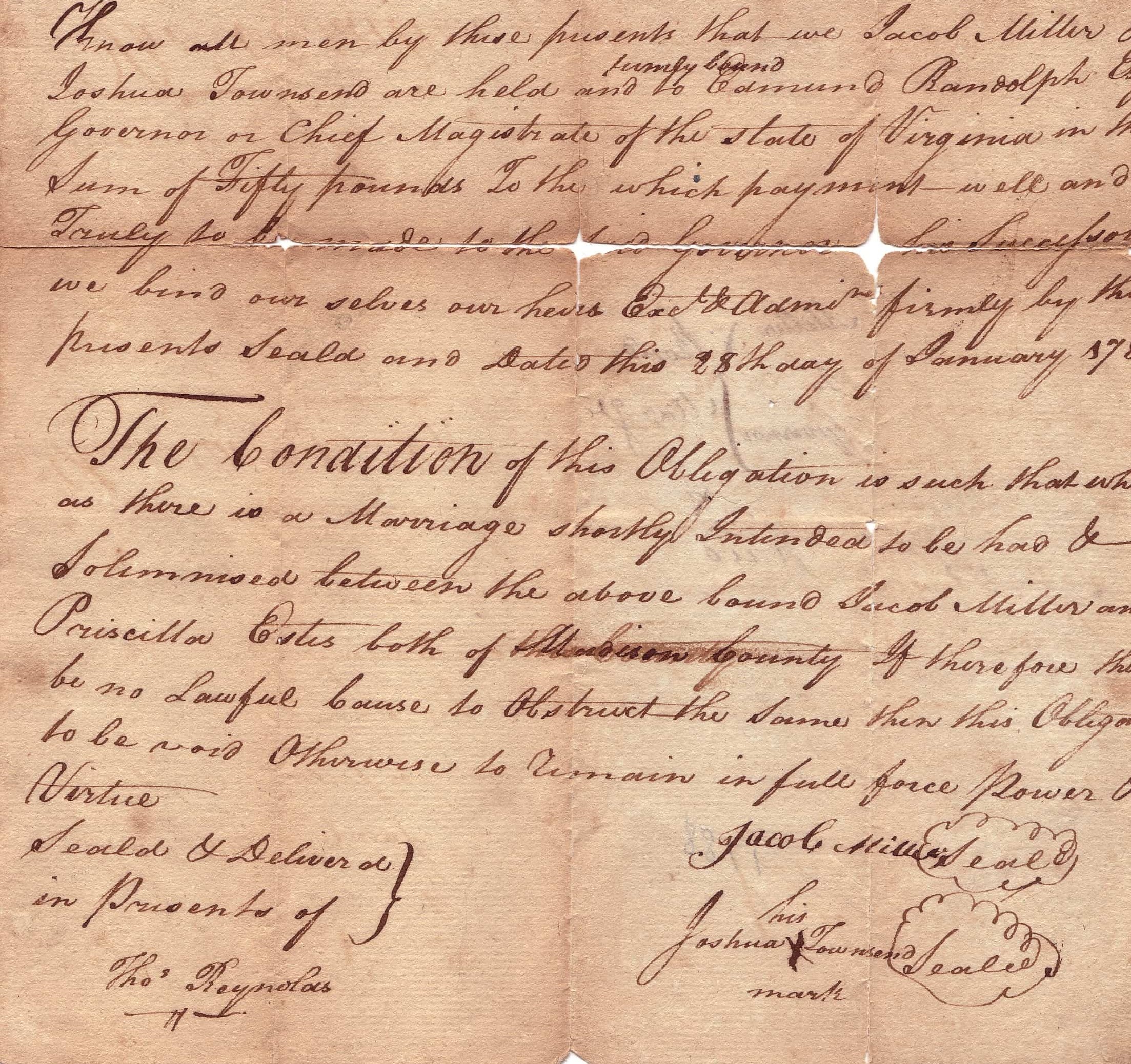 Certainly, I wish more oral history existed of Priscilla's time as a member of the Shawnee tribe. One story has Priscilla saving daughter Nancy's life in 1835 after the birth of her daughter Elizabeth using herbal remedies learned from her capturers.

Priscilla and Jacob raised twelve children in Madison, Montgomery, and Estill Counties, Kentucky. In 1829 the family moved to Fulton County, Illinois where Jacob died in 1836. Priscilla Estes Miller lived to be 93, dying in 1863, probably in Missouri, Kansas, or Iowa.

We descend from Jacob and Priscilla’s daughter Elizabeth, who married William John Stufflebeam in Estill County, Kentucky in 1812. William died in 1836, Elizabeth in 1842. Their son Jacob is my 3rd great-grandfather and Lucinda Stufflebeam Eveland’s brother. 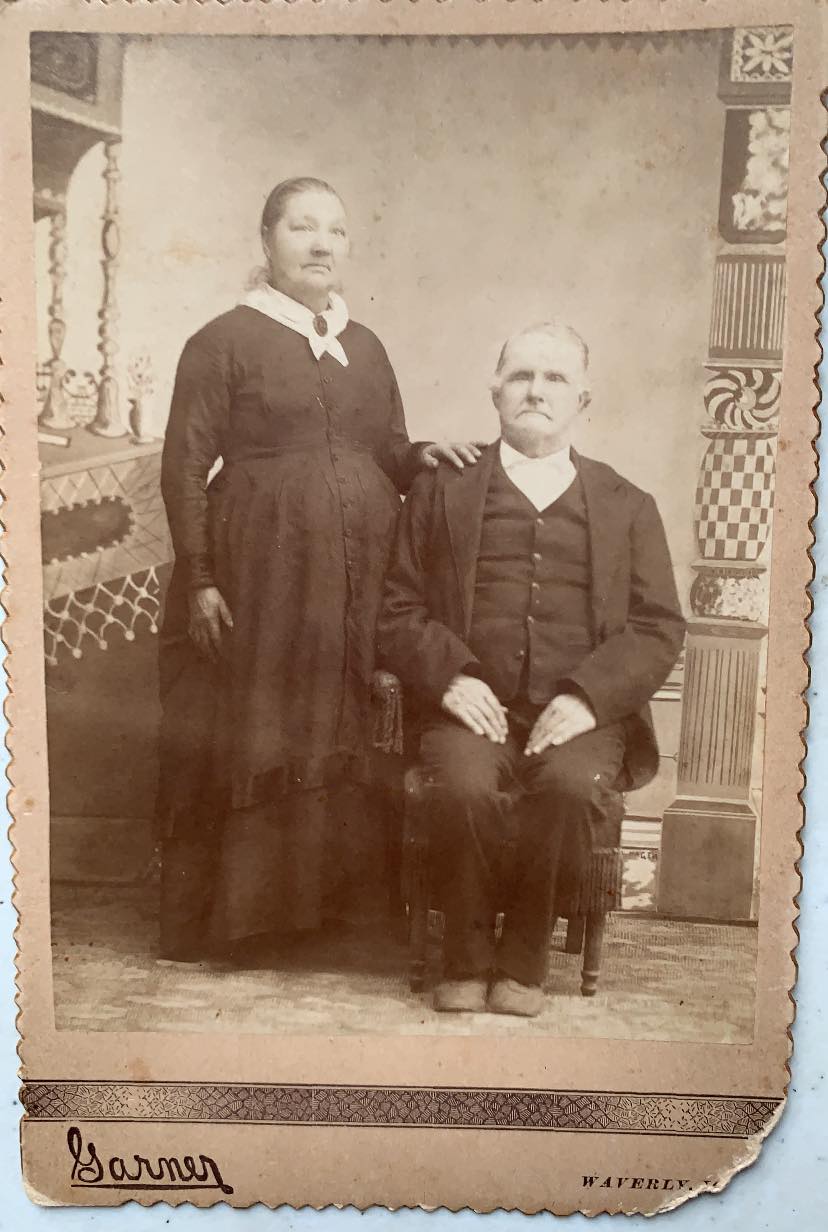 Lucinda Stufflebeam Eveland and her husband Mason. Lucinda is Earnest's grandmother and the granddaughter of Priscilla Estes Miller. 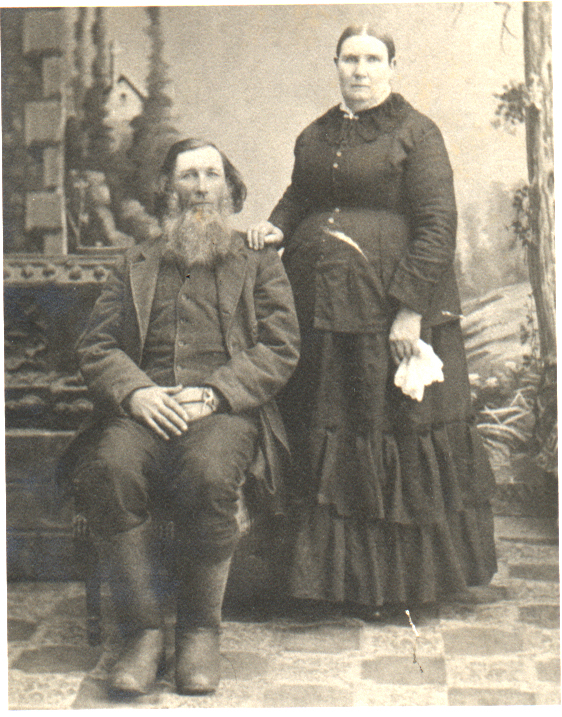 Jacob & his wife Rachel Stufflebeam. Jacob is the brother of Lucinda Stufflebeam Eveland, grandson of Priscilla and great grandfather of the author.

Further research introduced me to David Powell, who did an awesome job of collecting multiple versions of Priscilla’s story.  Although there are many variations, the core fact of her being taken and later recovered stands similar in each telling of the tale. If you’re interested, check them out on David Powell’s webpage.

If you'd like, Dig into More I Hunt Dead People Stories...